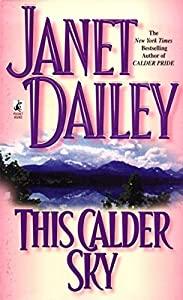 The great Calder Empire stretched across the Montana plains as far as the eye could see. Everyone knew a Calder's word was law and that one day Chase Calder would carry the name Calder to new glories.

But for handsome, arrogant Chase there was also the beautiful Maggie O'Rourke, who came to him in innocence and awoke in him a deep, insistent longing. But Maggie was determined to be free from the harsh codes of hard men. And even Chase Calder's strong arms couldn't keep her. Still, in them both burned the raw passion of the land ... where even the greatest love must fight to live beneath its sky.