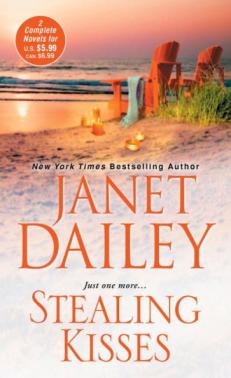 Published by Zebra
Buy from:

Dear friend, Where and when you least expect it…love is there. Revising these two stories was a pleasure—I hope you’ll enjoy reading them. Southern Nights It was just was one of those things. Barbara fell for Jock Malloy in a heartbeat and next thing she knew, he was asking her to marry him. Nothing doing, even if the tall Texan knew how to make the lovin’ last. Later, alligator. Barbara headed home to the breeze-tossed palm trees and laid-back vibe of Miami. And then…Jock shows up where she least expects to find him. The man sure is determined—and he sure is sexy… One Of The Boys Petra Wallis is the only woman on a New Jersey TV camera crew filming the Atlantic City performances of a pop princess…who turns out to be a royal pain. There’s nothing Petra can do but put up with it until Dane Kingston, the director and producer, arrives on the set and takes charge. That’s just fine with Petra—the man is seriously hot. She can’t wait to hear him say the magic word: action! Remember when you first fell in love? It’s time to get that feeling again… With love, Janet Dailey