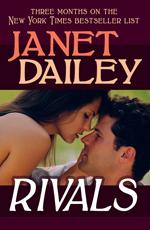 Flame Morgan, the high-class v-p of a San Francisco ad agency, is instantly attracted to Chance Stuart, a wealthy, powerful land developer. Chance romances her lavishly but withholds a damaging secret during their whirlwind courtship and quick marriage. Starting with the Oklahoma land rush there has been bad blood between the Stuart and Morgan clans but Chance has long desired Morgan‘s Walk, a family estate that Flame has inherited. Flame believes that Chance only married her to get at Morgan‘s Walk and blocks his ‘land grab.‘ The story throbs with Dailey‘s legendary mix of mystery, revenge, jet-set action and red-hot sex, plus Dailey‘s tried and true formula for down-home color and sweet romance.