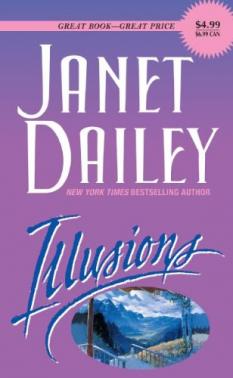 Singles 5
Published by HarperCollins
Buy from:

Delaney Westcott is a beautiful career woman in a man‘s world. Owner and chief asset of a personal security business — where she guards the rich and famous from the unwanted attention of friends and enemies — she can take care of herself. Except for the one time she didn‘t: when she fell headlong for handsome cowboy Jared McCallister, a man she couldn‘t have. After it ended suddenly, Delaney threw herself into her work with a fury and intensity calculated to erase every other thought from her mind. And she promised that she‘d never let any man touch her so deeply again. Ever. But when Delaney finds herself in Jared‘s hometown of Aspen, Colorado, on a dangerous job, she begins to wonder if she is strong enough to refuse him a second time…